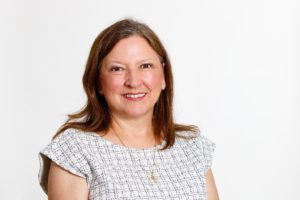 Tammy is Leigh Hilton’s Legal Assistant and has been with Leigh Hilton, PLLC since May 2008.

After Tammy lost her husband to cancer in 2006 at the age of 43, she had to make a tough decision. Tammy decided that since she could not support herself and her teenage children, she enrolled in Texas Woman’s University. It took 4 1/2 years, but she was able to graduate in 2010 with a bachelor’s Degree in Business Administration. During this time, she started working for Leigh as her legal assistant. Tammy has been with her since 2008 and is amazed at how much she is still learning at this job. Tammy enjoys meeting with the clients that we work with and interacting with them daily. In 2016, Tammy married her husband Greg and now her family has grown from two adult children and two grandchildren to four adult children and four grandchildren. In her spare time Tammy enjoys spending time with family, traveling and quilting.