Protecting Your Child’s Inheritance in a Second Marriage 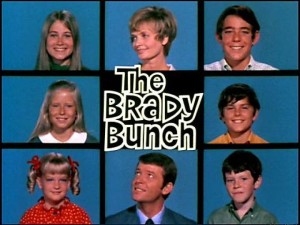 Blended families are not a new concept. Those who do genealogy research often struggle to accurately identify which children were born to a first, second or third marriage. Those who suffer loss of a spouse often choose to marry again. New families are formed and include the wife’s children, the husband’s children and the children they have together. The new family may also include foster children or adopted children. With each new possibility there are new challenges and responsibilities.

Of course, we always want to be fair and generous with all children in the family whether they came to us through birth, marriage or adoption. Even so, fairness is not always simple. Consider the following scenario:

John and Sally married when they were both young professionals. Their income was above average and they were sensible in their expenditures. Each had a car and some savings when they married. When Sally turned twenty-five, she inherited some money from her grandmother. They pooled their savings and bought a home large enough to accommodate the family they hoped to have. They left Sally’s inheritance intact, considering it a cushion to use in emergency or for retirement. In time the children came, Annie first, then Joshua. With the birth of their first child, the couple decided they could afford to have Sally become a full time Mom. They were happy and the future was bright.

Annie was in the second grade and Joshua in kindergarten when their mother died in an auto accident. The distracted driver of the car that hit hers was uninsured. John and the children were devastated and the family in chaos.

With the help of loving family and friends, they muddled their way through the crisis and grief. They stayed in their home and a nanny as well as a housekeeper was hired, while family helped. After several years John was ready to marry again.

The children adored Laura, whom John had chosen to marry, and they welcomed her as their new “Mom.” Laura had no children but she hoped she would in the future. John too hoped they would have children together. Laura was a counselor who loved her work and felt she could adjust her hours to manage both mothering and career as long as she had help.

In preparation for their marriage, they made some important decisions. First, they would live in John’s present home, to ease the children’s adjustment to the new family. In a year or two they would sell that home and buy another larger home in anticipation of additional children. Sally’s money from her grandmother had gone to John according to the will she and John had signed when they were newlyweds. It had not been updated after they had children. John had wisely transferred the money to a trust for Annie and Joshua. He was the trustee, but Sally’s sister had been named in the event of John’s death or disability. He wanted to leave that arrangement in place.

The house was a more complicated issue. They determined that Sally’s children were entitled to half of Sally’s interest in the family home. This would be divided equally between them and placed in trusts. John would have his half of the family home plus half of Sally’s portion, giving him seventy-five percent of the profits when the home was sold. Laura would sell her condo and they would pool their resources to buy their new home and they updated their wills to include all of their children including the ones they hoped to have together.

Of course they could have had debts instead of assets. They could have both had children with unequal resources. The one thing that we expect to count on is that people who love each other, will want to do what’s right but it is not guaranteed.

It is not all about money either. Guardianship and custody issues also are important to address if minor children are involved. This is especially true if there is an ex-spouse to be considered.

Family heirlooms, pictures and memorabilia should also be allocated for the appropriate recipients. During times of loss and stress, it is not uncommon for family members to be at odds with each other. Making sure you daughter gets her mother’s china or your son gets his father’s comic book collection may be just as important as ensuring their financial well being.

Each situation is unique and wills and trusts must be tailored to meet the situation. Good Estate Planning Attorneys never tell you what to do, but we can give you the benefit of our knowledge and experience. We can help you draft documents that make your estate plans as fair and as loving as you want them to be.