Mom, are you dying? 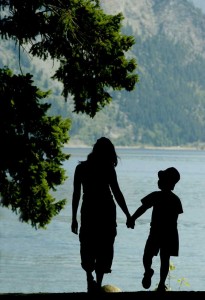 It is kind of a long story as to what led my 11-year-old son to ask me that serious question. Let me start at the beginning. A friend of mine had given me two tickets to the Stars game. I decided to surprise Brad and take him to the game.

I picked up Brad at the house and told him we were going somewhere that was a surprise.  He asked if it was a reward or a punishment. James and I jokingly told him we had packed a  suitcase for him and that he needed a passport. James told him goodbye and that he loved him.

Brad got worried about where we were going.

I finally told him that I wanted to spend time with him while I still could. He asked “Mom, are  you dying?” I hadn’t thought about how it sounded. I explained that what I meant was as he became  a teenager, he would not want to spend as much time with me.

I then thought about explaining how none of us know how much time we have and we could all die at any time. I spend the whole day talking to people about them dying or becoming disabled. I help people plan for how their family will be taken care of if something happens. It is better to  prepare for the worst and have it not happen, than to not be prepared when the worst happens.

It was my first hockey game and Brad’s second game. We both had a wonderful time and made  a great memory. I am trying to have as many wonderful times with the boys and James that we can remember and treasure for a lifetime. Hopefully, we will have much more time to make these memories.