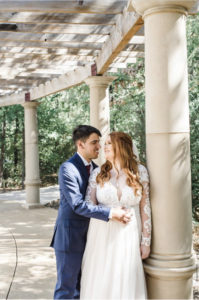 It was a typical weekday afternoon, and our very own Maggie Baucom found herself getting frustrated with her then-boyfriend, Nik. Maggie’s car was in the shop that day for repairs, so Nik was kind enough to pick her up from work early so she could do a quick work errand before calling it a day. But instead of them driving straight to her next assignment, Maggie noticed that Nik was more concerned with taking care of his to-do list first.

“I kept saying, ‘This is for my job; we should do this first,’” Maggie said with a laugh while reminiscing. “I was pretty mad.”

Before Maggie knew it, she was walking into The Super Pit at UNT, unaware that her sour mood would quickly change for the better. The Super Pit was where she and Nik first met at a Mean Green basketball game—and Nik was about to redeem himself. He promptly guided Maggie to half court and amidst a flood of emotions, asked her to marry him.

Naturally, Maggie said yes! After all, what smitten girl wouldn’t under those circumstances?

But the surprises didn’t stop there. While Nik had coordinated with a UNT athletic director to turn the lights on and provide some much-needed privacy for the special moment, he also secretly got a long-time friend to hide in the stands and take photographs of the proposal and Maggie’s gushing response. On top of that, all of us at Leigh Hilton PLLC were in on  Nik’s plan. He had asked if he could pick her up from work early that day. Her “work errand” was merely a clever ruse on our part to throw her off and keep Nik’s plan intact.

“I loved it; [Nik] is very much a romantic and does sweet stuff all the time. I had a feeling that something was up when we showed up there, but he’s in sports management … so it sort of made sense,” Maggie said. “I was on cloud nine. Everyone here was super excited, too. It was a lot of fun.”

Maggie and Nik were married on October 19 at Ashton Gardens in Corinth, and they followed that happy day with a relaxing five-day honeymoon in Cabo San Lucas.

We couldn’t be more in love with this happy couple, and we excited about having Maggie on our team. Maggie is our marketing coordinator and has been with us for a little more than a year and a half. She started as an administrative assistant and soaked everything in like a sponge. She’s been in her current role for six months.

As for her marriage with Nik, she can’t wait to see what the future brings.

“They always say that you can never remember your wedding day because there’s so much going on. And it’s all true,” Maggie said. “It was all a blur to me, but [I know] it was perfect.” 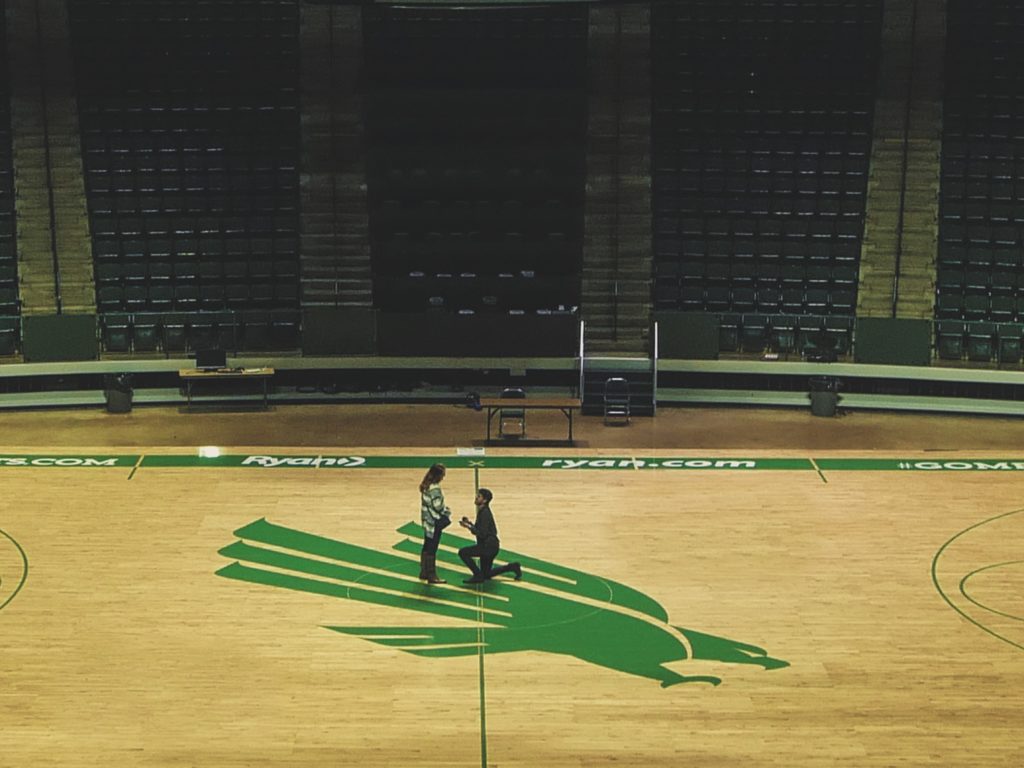