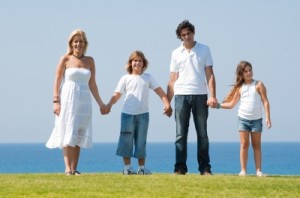 Family Limited Partnerships (commonly called FLPs) are often used to transfer wealth from one generation to the next. Like business partnerships, partners are either General Partners (GP) or Limited Partners (LP). The General Partners–there can be more than one–are responsible for managing the FLP and its assets. Limited Partners have a financial interest in the FLP, but they typically lack two powerful rights: control and marketability. In other words, Limited Partners have no ability to control, direct, or otherwise influence how the FLP operates. They cannot buy additional assets, sell existing assets, or act on the Partnership’s behalf. They also cannot sell their interest, but they can transfer it to immediate family members, such as their spouse, siblings, parents, or children. FLPs are partnerships limited to family members, hence the name.

FLPs usually act as holding companies, entities that hold the property (including business interests, real estate, publicly traded or privately held securities) contributed by the family members. FLPs have several benefits. They allow family members with similar interests to pool their resources, thereby lowering legal, accounting, and investing costs. They allow one family member, usually the GP, to move assets to other family members (such as to their children, who are often LPs), while still keeping their control over the assets. Because the LPs have no control rights, they cannot cash in this transferred interest or their partnership interest. Both the timing and amounts of the distributions is under the direct control of the GP. Therefore, a distribution cannot be made to one partner (GP or LP) unless all partners receive their pro-rated portion of any distributions.

FLPs also cultivate favorable tax treatment in regards to transferring assets, due to the lack of control and lack of marketability of the LP interests. Taxes are assessed according to the fair market value (FMV) of assets bought or given. The FMV is the value that would be paid to buy an asset between a buyer and seller, assuming that both are acting in their own best interest, with reasonable knowledge of the relevant facts and without acting under compulsion.

The following scenarios may illustrate the benefits of an FLP better. A father wishes to give $1,000,000 to his son. If the he gives his son the full amount in cash, the father will have to pay gift tax on the complete amount, as that is the FMV of the property given. Now let’s take the same father and have him create an FLP, designating himself as the General Partner holding a 50% interest and also holds the LP interest of 50%. He contributes the $1,000,000 in cash for the partnership assets, and then gives his son the other 50% LP interest. Despite what it looks like, the FMV is not 50% of the $1,000,000. A buyer of the 50% LP interest would not be willing to pay $500,000 since doing so includes buying a lack of control and lack of marketability, unlike getting $500,000 in cash outright. In addition, since the partnership interest cannot be sold or converted, it becomes even less desirable for purchase.

If an appraisal firm is hired and values the 50% LP interest at $400,000 due to interest’s restrictions, the gift for estate and gift tax purposes will only be $400,000.
Determination of the FMV must be performed by a qualified appraiser, someone who does this work for a living as part of their business routine.